Due to COVID-19, many of our normal activities have required adjustments for safety, and some have been put on hold. While we try to keep the information here up to date, things are changing all the time. If you're interested in participating or learning more about any of these programs, please contact us. 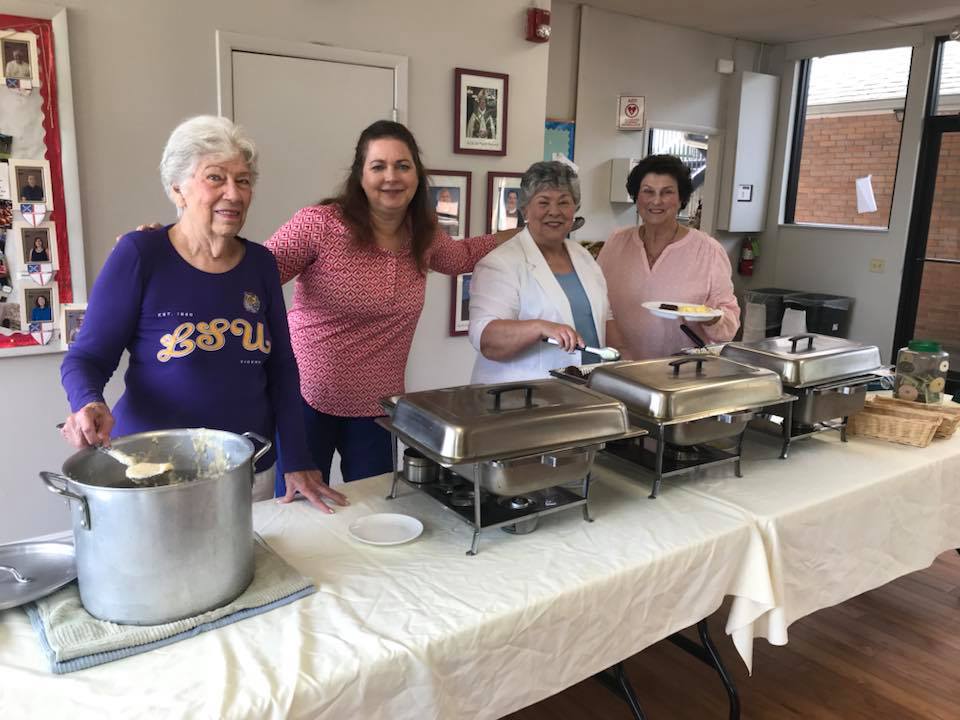 Book club
Book club members get together to discuss the latest book that they selected and read the prior month. They alternate between fiction and nonfiction and cover a wide range of interests and topics.

All book lovers are encouraged to join this group. There is no formal registration. Pick up and read the book club's latest selection from the book store or just drop-in on the next discussion to see if Book Club interests you.
break bread together 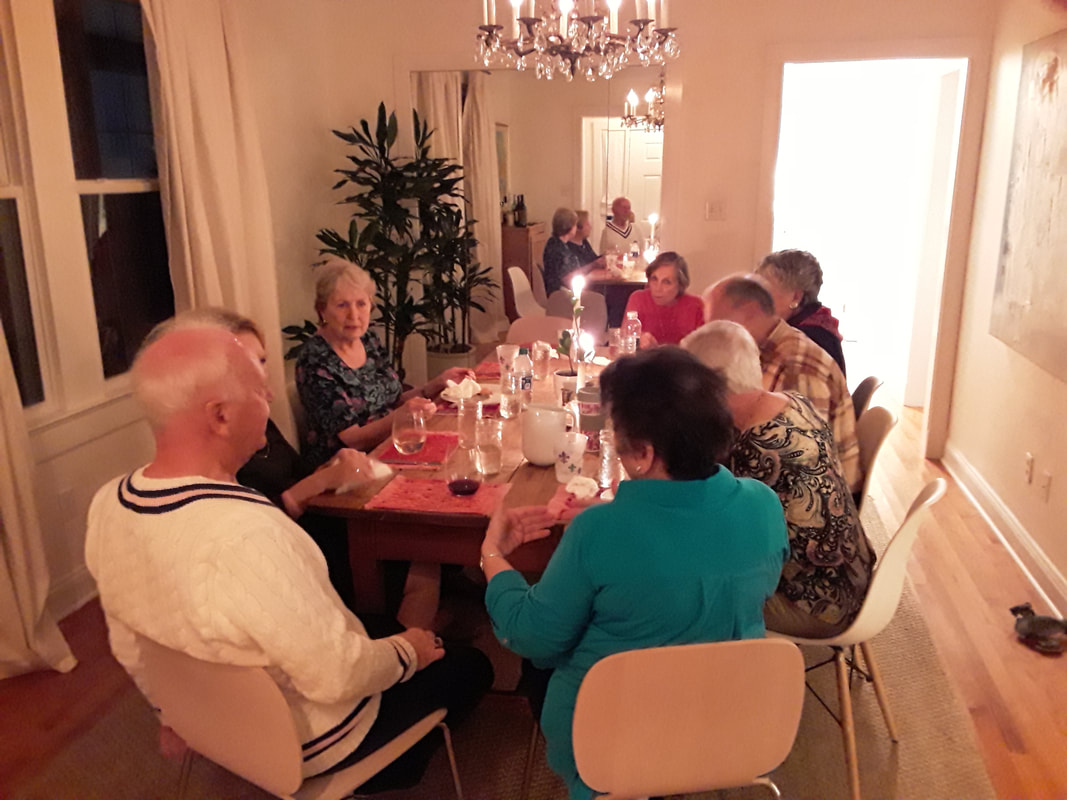 This social group gets together for pot-luck style dinners to enjoy great food and company. Individuals and couples in this group take a turn hosting the dinner at his or her home (sometimes Byrd Hall) where the host provides the entree and everyone else brings a dish to share.

This is an adults-only dinner party group. Annual planning for the Break Bread Together group takes place in September; at that time, anyone wanting to participate can get added to the group email and pick a month to host the dinner or otherwise get into the rotation. Please do not feel like you must wait until September if you are interested. Newcomers are welcome to join the group at the next dinner. Just check the Torch and weekly emails for the name, number, or email of that month's host, RSVP to the host so he or she has an accurate head count, decide what dish you want to bring, and ask to be added to the Break Bread Together group email.
breakfast sunday
On the first Sunday of the month, our "Breakfast Crew" prepares and serves a hot breakfast immediately following the 8:00 AM service. Breakfast Sunday is an excellent time to meet new people and visit with friends. People who attend the 8:00 AM service stay for fellowship, and people who are going to attend the 10:30 AM service come early.

Everyone is invited to the St. Augustine's table for Breakfast Sunday. No reservations are required. Volunteers prepare and serve the breakfast, and volunteers clean up afterward. Extra help is always welcomed.
Church & Canvas (CNC)
Church and Canvas provides parishioners and their families and friends with a regular opportunity to create art in a relaxed and congenial atmosphere using the art media of your choice. All skill levels are welcome, including absolute beginners. Please visit us if you are curious. We would love to share our interest in art with you. Church and Canvas meets regularly on  the third Saturday of the month from 12:00 noon to 3:00 p.m. in Byrd Hall.​
Coffee Hour
Coffee Hour is an important ministry here at St. Augustine's and is vital to our collaborative effort to make our church a welcoming place for newcomers by providing a time and reason for them to relax, meet, and socialize with existing church members.

Anyone wanting to help with this ministry can sign up to host Coffee Hour. The Coffee Hour sign-up board is in Byrd Hall, and there are small informative flyers available entitled "Coffee Hour Hosts / Information & Suggestions."

Generally, a Coffee Hour host provides and sets up breakfast snacks to share the following particular service's coffee hour for which she or he signed up. The Coffee Hour you host can be as simple or extravagant as you choose. What you serve and how you serve it is up to you. There is a $25 stipend/reimbursement available for each coffee hour and the church provides the coffee, non-dairy creamer, sweeteners, coffee mugs, cups, chilled filtered water, serving utensils, napkins, plastic utensils, and serving trays or bowls. ​
Episcopal Church Women (ECW)
Episcopal Church Women (ECW), as a recognized organization within the Episcopal Church of the United States of America, began in 1871 as the Women's Auxiliary to the Board of Missions. Members of the ECW have always been women of vision and were the Episcopal Church in America's first missionaries to foreign countries. ECW has served the Diocese of Louisiana for 125 years. Here at St. Augustine's Church, the ECW carries on this proud tradition of service. Our ECW supports local, national, and foreign aid, assistance and service programs like the Church Periodical Club, United Thank Offering, Partners in Mission, the Episcopal Relief and Development Fund, and Church Women United, and provides support to St. Augustine's Altar Guild, Youth Group, Pumpkin Patch, Bissonet Plaza Partnership (STAIR program), Honduras Partnership, and capital campaigns,

Every Episcopal woman who has reached the age of 18 is automatically a member of the ECW. The question for each woman is, "What part do you want to play in this ministry?" Here at St. Augustine's, the ECW formally meets only quarterly, but the ECW has activities, events, informal planning meetings, or other working projects just about every month. Look for meeting dates, events, and calls for volunteers in the Torch, weekly church emails, or flyers posted in Byrd Hall.
Fantasy Football League
St. Augustine's Church established a Fantasy Football League with the goal of creating a community-building, cross-generational fellowship opportunity. This is New Orleans. We love our Saints. Young people, old people, new friends, old friends, and complete strangers will watch a good football game together, and talk to each other about it. Fantasy Football involves more than just the Saints, but nevertheless provides a backdrop for football enthusiasts of all ages to get to know one another and enjoy the camaraderie and good-natured competition as each team vies for the championship trophy!
​
The Fantasy Football League can only add new teams or participants in late July of each year because the number of teams (and team owners) need to be established before the real football season begins. There is a $100.00 per team fee that covers league materials, league-provided food, trophies, and prizes.

Anyone interested in learning more about Fantasy Football and everyone just interested in having fun and watching football games together are invited to attend the tailgating pot-luck style parties hosted by the league during football season. Look for the dates of these get-togethers in the Torch and weekly emails. The parties are often during the Saints' away games, always involve food, and may involve cook-offs.
​​ 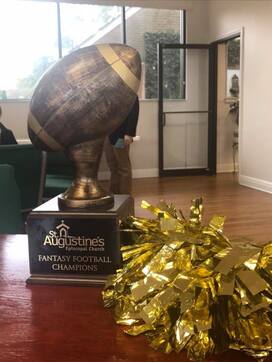 Men of St. Augustine's (MOSA)
Are you a male member of St. Augustine's Episcopal Church? Do you like getting together to enjoy a good meal, share in fellowship, and be entertained and informed by interesting speakers? If so, then MOSA is for you. We invite all male church members and any friends they wish to bring to our events. We always have a good time, strive to present interesting programs, share within our parish and in our community, and occasionally hold off-campus events.

Registration and reservations are not required. Gentlemen are encouraged to drop-in. Members take turns cooking the supper for each meeting and each attendee pays for his dinner (price varies). Adult beverages can be purchased at the meetings. ​
Movie Nights
On special occasions, the St. Augustine's parking lot is transformed into a movie palace, complete with a big screen, drinks, and popcorn. Movie Nights are typically held around the holidays, with a scary movie for Halloween and a yuletide movie for Christmas. The inflatable screen also brings in our neighbors to join us for the movie and even karaoke!
​​ 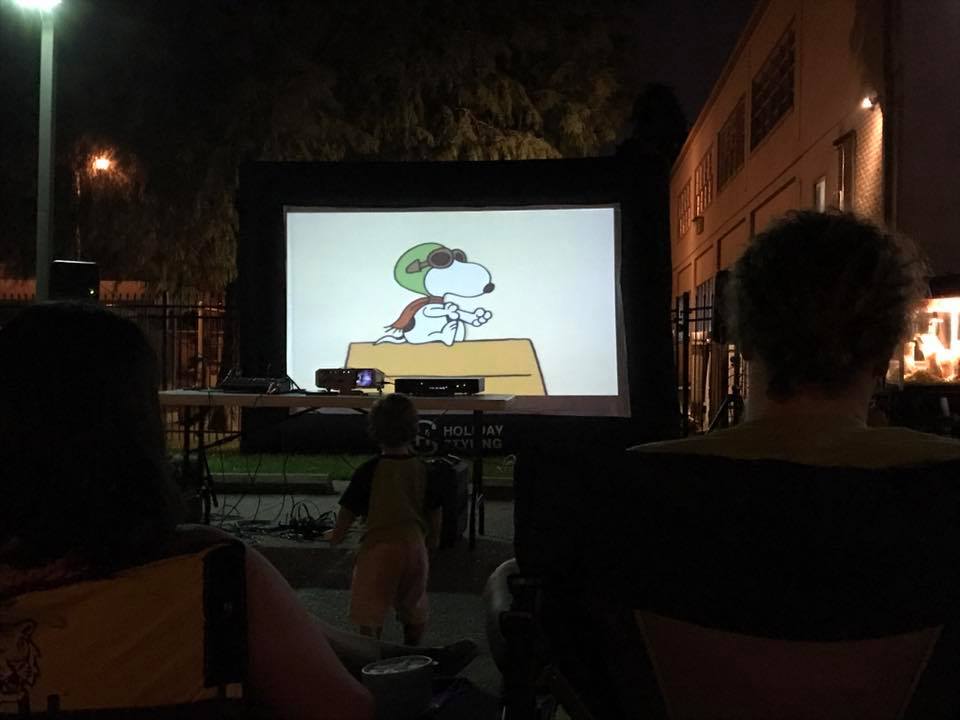 Parish Picnic
The Parish Picnic is an annual event occurring in late May. The church provides pulled pork, hot dogs, and a water slide. Attendees are asked to bring a favorite side dish to share. The church sets up games for everyone to play, but welcomes attendees to set up other fun, group activities. A volunteer is needed to chair this event and other volunteers are needed to publicize the event (neighbors, church members, and preschool families are all invited), set up, decorate tables, lead the games and activities, and help clean up after.
Pumpkin-Palooza
Pumpkin-Palooza is a fun, exciting mini-festival that began in 2008 as a way of bringing together the parish, school, and neighborhood. The festival features kiddie carnival games, activities, a pumpkin decorating contest, and prizes for children. The St. Augustine's Preschool children put on an adorable performance of holiday songs.

Adults enjoy good company, win cakes on the cake walk, win door prizes, and compete in contests to win restaurant or other merchant gift cards. Admission is free and open to the public. Everyone is encouraged to invite their friends and neighbors. Hot dogs, homemade chili, popcorn, and lemonade are sold during the event.

Pumpkin-Palooza is a team effort. Adult and youth volunteers are in great demand for this event. There are countless ways for you to be involved!
St. Augustine's Episcopal Church | 3412 Haring Rd. Metairie, LA